Hands of god Shiva, the destroyer, represented as Trimurti (with three faces). Shiva is not merely a destroyer but performs the functions of creator, preserver, and destroyer, while also performing blessings upon worshipers. Shiva is not limited to personal characteristics and can transcend all attributes and iconographic representations. 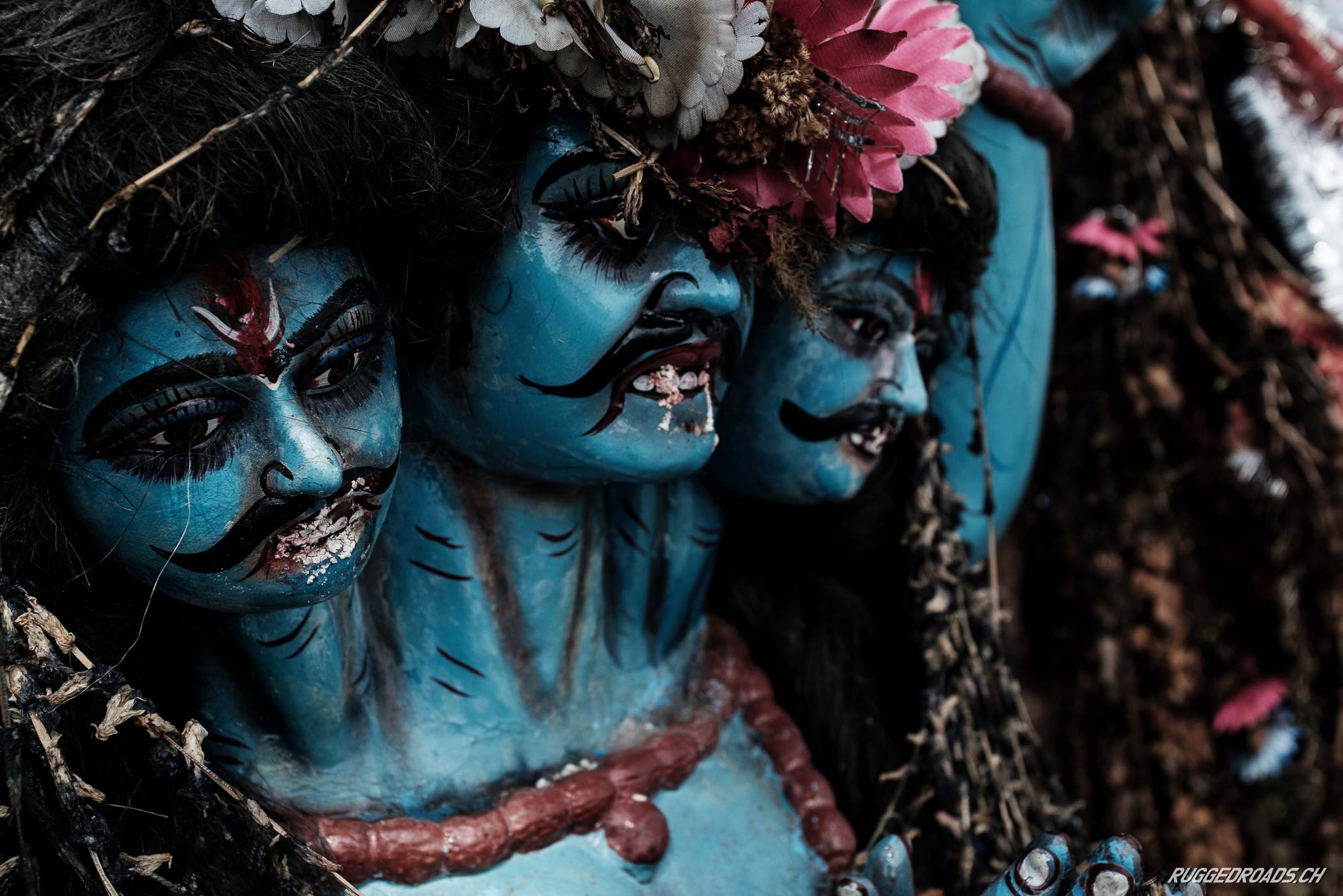 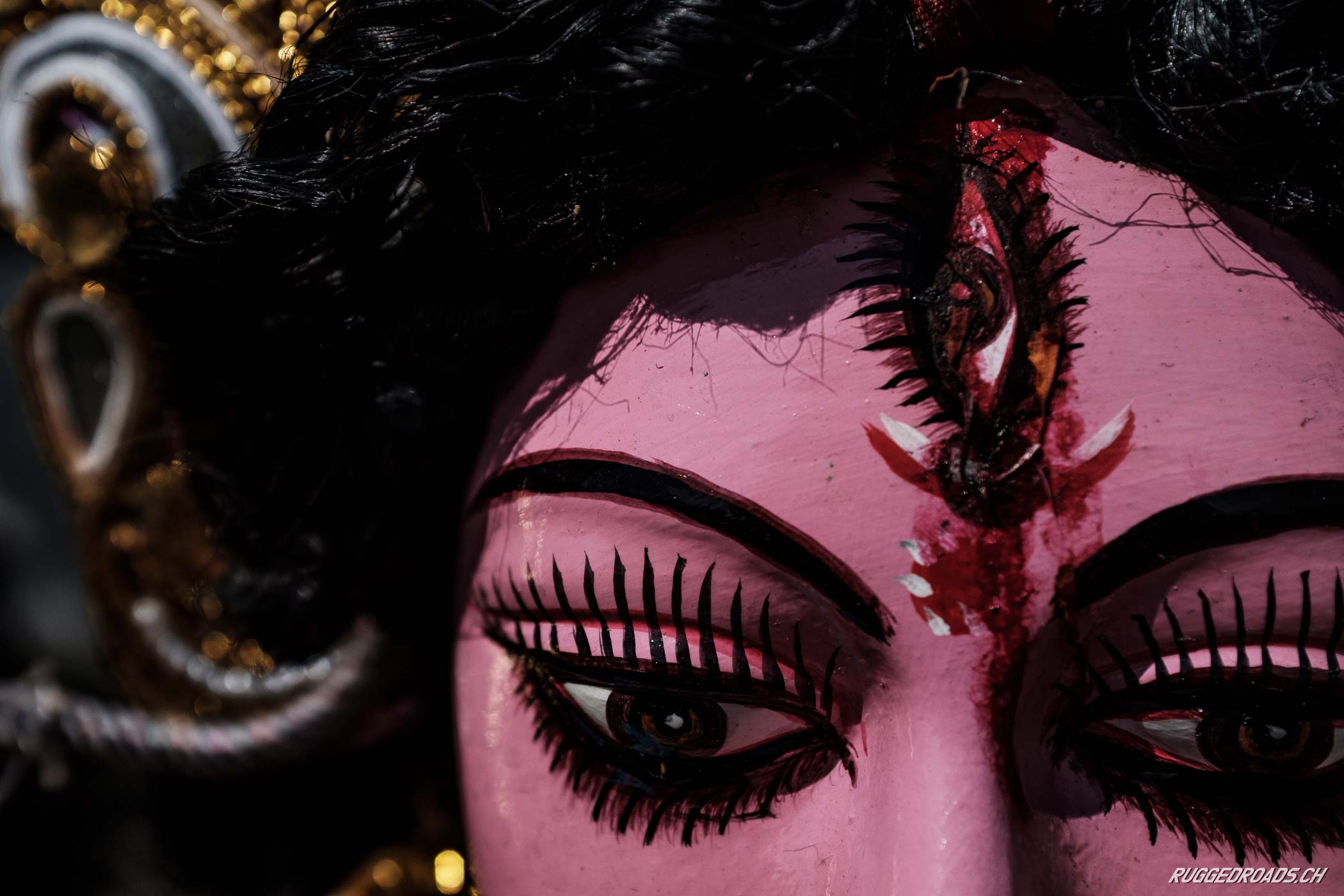 Goddess Durga was created for the slaying of Mahisasura, half buffalo, half demon. During the 10 days battle, he tried to change his attack, his brute force, the positioning of his army, his own personal appearance – hoping that something would stop the warrior goddess. But he should have known better: She was Durga, the invincible! 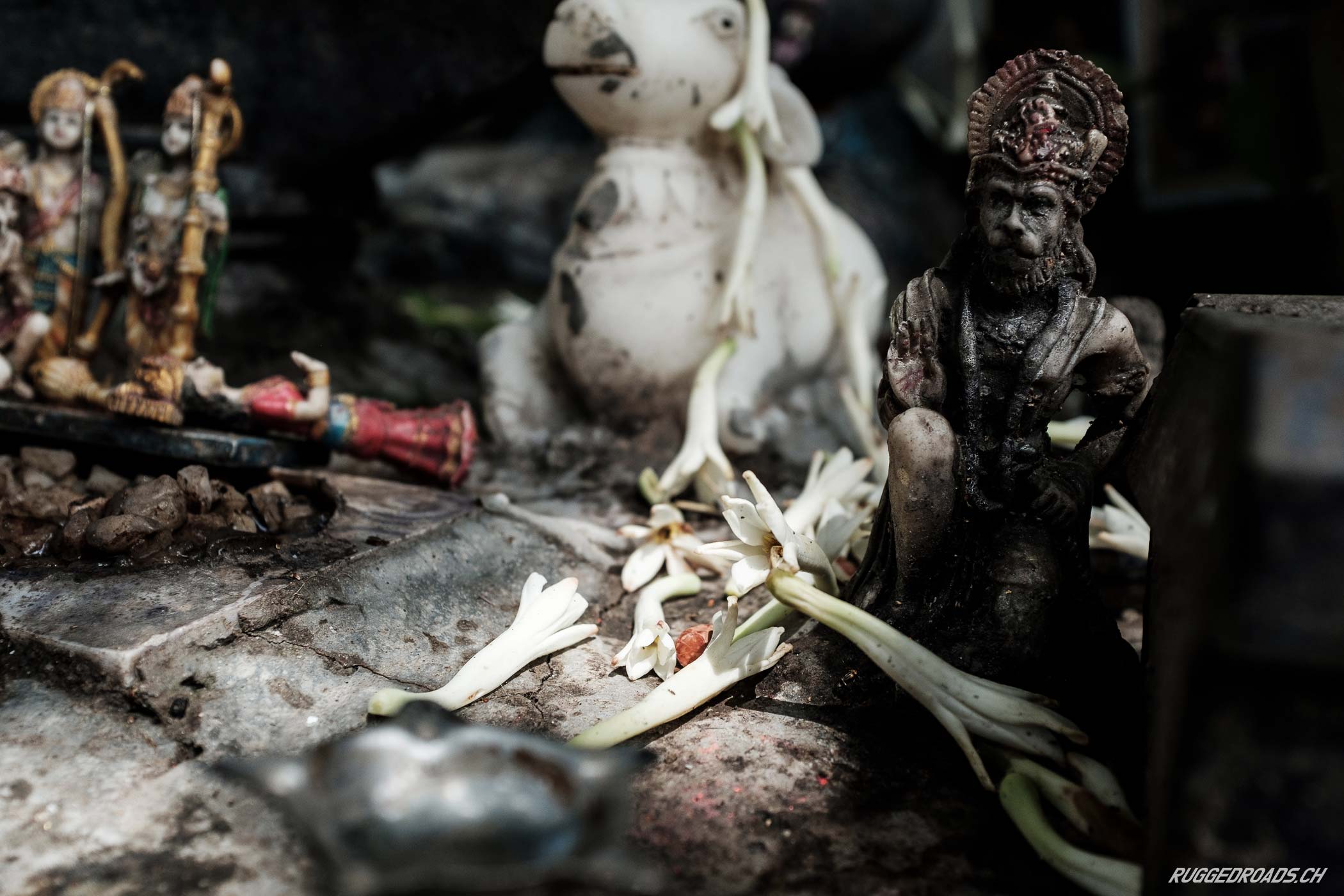 Hanuman has been the patron god of martial arts such as wrestling, acrobatics and meditation. He symbolizes the human excellences of inner self-control, faith and service to a cause, hidden behind a being with a monkey face. 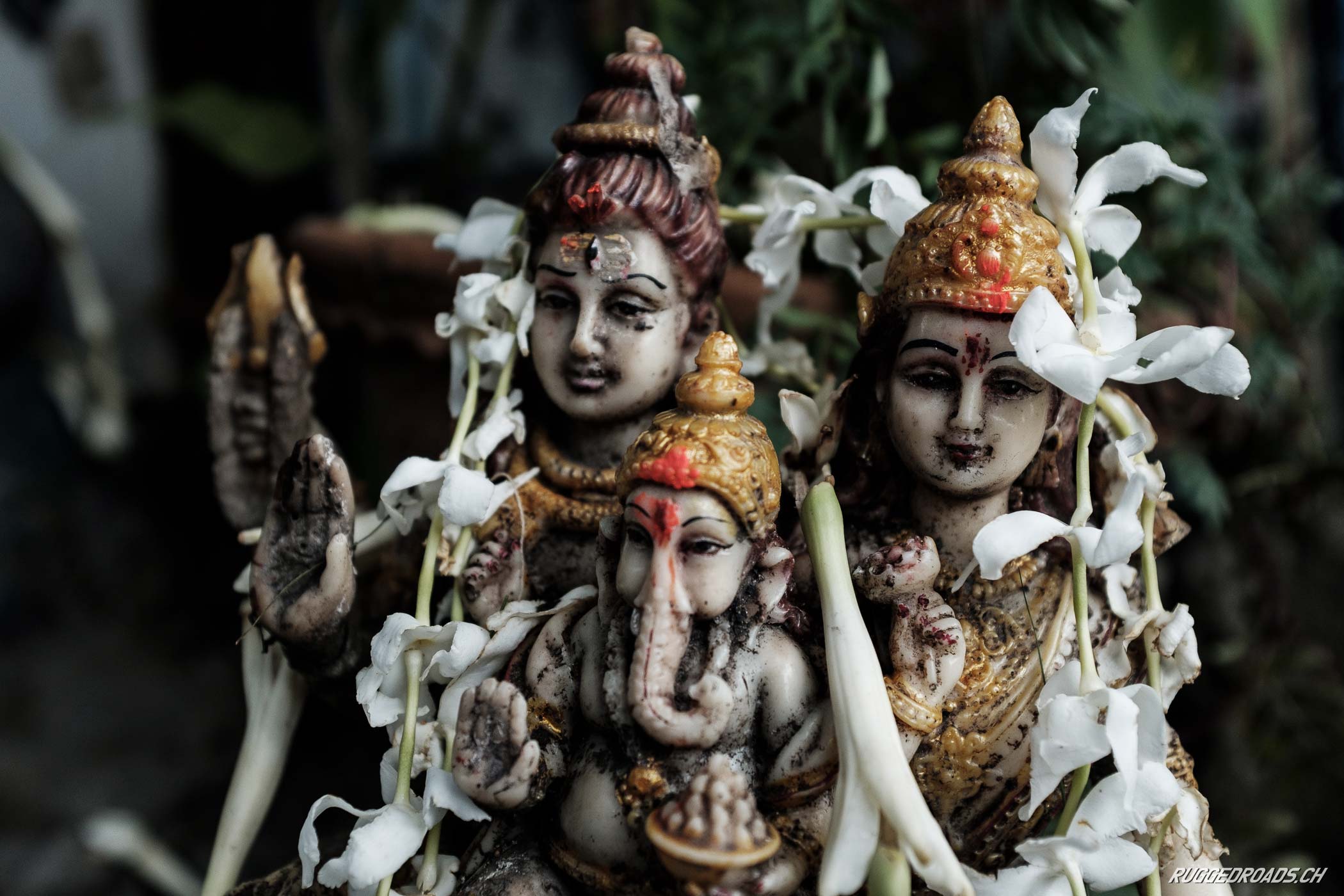 Ganesha is the Lord of Beginnings and the Remover of Obstacles of both material and spiritual kinds. Interestingly, he also places obstacles in the path of those who need to be checked. Because of these attributes, Ganesh is widely revered by almost all castes and in all parts of India, regardless of any other spiritual affiliations.